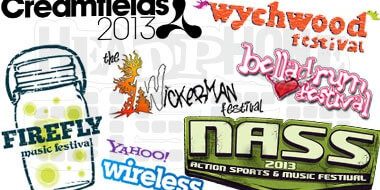 A huge and exciting festival season has already kicked off for us, with a fantastic fourth year at Wychwood Festival. We’re delighted to also be doing a mammoth weekend of sets at Firefly Festival in Delaware, USA this month, which sees a Hollywood A-lister and a huge main stage band take to the decks alongside us. The silent disco fun continues over the summer, with our first shows at NASS and Wireless Festivals, which both promise to be incredible weekends! We also return to Creamfields Festival in August, to host the World’s biggest silent disco in Daresbury, UK with a newly increased Friday night capacity of 25,000. That’s right 25,000 people over 6 arena’s all wearing our two-channel wireless disco-muffs. We are also delighted to announce that we are teaming up with Sky TV, Disney and AEG Live to produce a 3,000 capacity Silent Cinema in Hyde Park, London, with lots of Disney classics on the big screen for all foyr days of the event. Add to that dozens of University Summer Balls, club events and a huge string of Freshers and Homecoming dates, and this summer definitely promises to be one to remember!